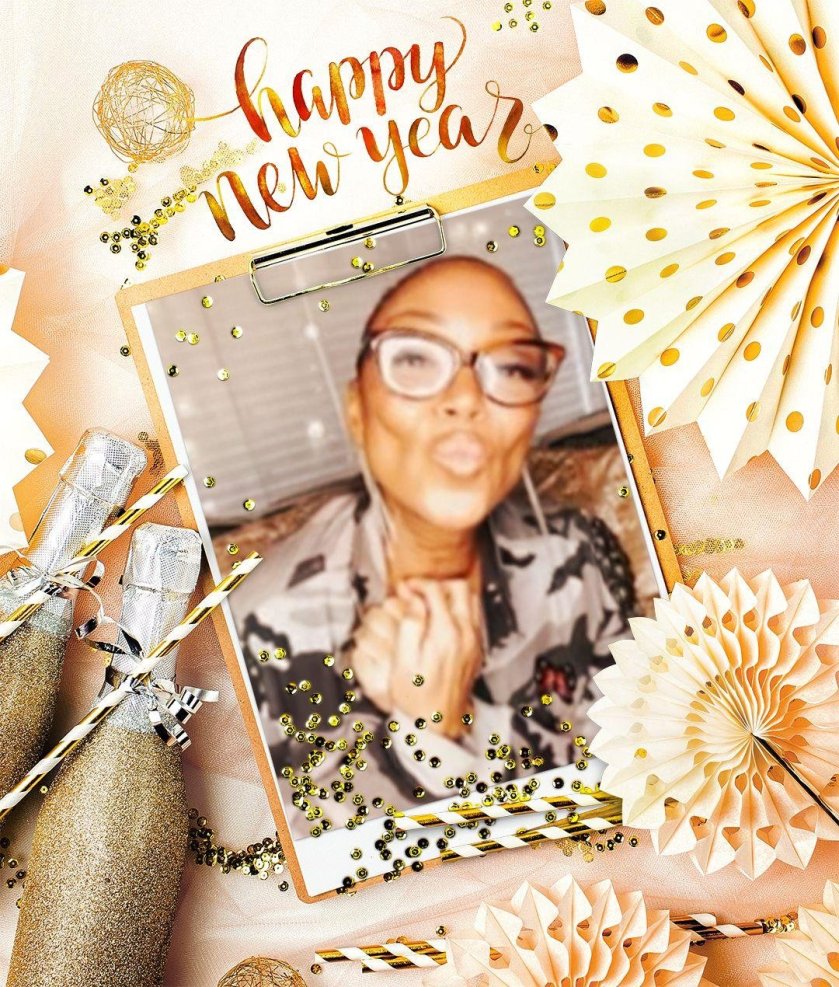 One more time, Happy New Year! I’m sorry, I had to get that in for anyone who doesn’t know we’ve had a date change in the year column. And I don’t know about you, but it sounds weird, saying we haven’t seen her since last year, en masse. Tack on that week she took off and I’m sure y’all were rocking back and forth like me, lookin’ like crack-fiend Pookie in “New Jack City”.

Need my Chante. Gotta have my Chante. Excuse me sir, I’ll wash your car if you got some Chante. I’ll dance for you. I can’t help it, man, she just be calllllin’ me. I gotta go to her. I gotta listen…

That being said… …let’s get this recap started!

She started off by thanking everyone for giving love and support for her appearance in The Shade Room which needs to be changed to the Sunshine Room because she brought in a supernova of glowing magnificence with her performance of “Chante’s Got A Man”! Sistah girl ripped it uuuuuuuup!

She shared that her New Year celebration was a quieter one, spent with family, much as it was for most of us. I’d like to think that the great majority of us, if not all, spent it at home, avoiding exposure to COVID-19. If not, shame on you!

This week’s show was to be a “shorter set” as she put it because she was headed to hang out with a friend. Ain’t nothin’ wrong with that. Strengthen those bonds of friendship, folks. In many cases, they’re just as important as family.

She was asked if she had any New Year’s Resolutions and she answered that she was supposed to keep working hard, being purposeful in all that she does, remaining positive and staying the course. She expects great things to come. Through all of the troubles last year, she managed to find opportunities for growth.

She reminded everyone to stay strong…

…and when you’re not strong, rest.

After singing her classic, “It’s Alright“, she reiterated just that – ‘everything’s gon’ be alright’. She said that although she didn’t know the future, worrying about it wouldn’t change anything. If you want something to change, change. Change, change, CHANGE!

In talking about her love for her children and the fact that there is nothing she wouldn’t do for them, she encouraged us to fight and endure. Persevere. Take the pain, walk through fire and emerge as pure gold. Just like gold, we have to experience the refining process. We may not like it because it hurts, but in the end, we’ll all be happier and better for it. Remember, if you’re going through hell, keep going. Eventually we’ll all come out on the other side.

She provided for feedback, asking what we’d like to see in next week’s show. So between now and then, she’d like us all to say whether we’d like to see a Workout or Makeup Tutorial. So vote now! That’s your homework assignment, due ASAP. I already KNOW I want to see a Makeup Tutorial because I ain’t brave enough to walk around without makeup like Alicia Keys. I’d vote for the workout, but LAST time she did that, I strained my right earlobe. Nooooo thank you…

But I know that Chante is cool with me missing a workout or two, or three. Right Chante? Right? RIGHT??? Hello?

Chante’s Words Of Wisdom: To HAVE it all, you’ve got to GIVE it all.

…and that’s it for this week’s recap. As I mentioned earlier, this was an abbreviated show, but still wonderful. I’ll see you all next Chantday (Sunday for you newbies), so save me a spot in the audience, somewhere on your living room couch and have ice cream ready. I love mint chocolate or vanilla bean with root beer or orange pop (not soda). Then it’s right back here for another episode.

If you’d like to send Chante a monetary gift of love, you can do so on CashApp at $TMCshow.

If you’d like an opportunity to speak with her via Meet & Greet, receive a ChanteGram, etc, you can do so by ordering here.

Finally, you can show your fandom by sporting your “Chantebilia” (official Chante Moore T-Shirts and other products) at PROBLACKONLINE.COM

This weekly recap is my personal synopsis of The Moore Chante Show. In my breakdowns, I review the song lists, shared scriptures and her commentary, highlighting the items I feel worthy of reflection and review. Opinions and interpretations of various content are mine and mine only. Any non-show related photos, gifs and or internet links are used at my discretion for entertainment purposes only.

If you enjoyed what you read, be sure to sign up at the bottom for first notification of future posts about Chante’s weekly show, along with the rest of my madness, here at Kenny’s Camera, Cooking & Crazy Confessions. And don’t forget to share with a friend and leave a comment about what you thought of the show!