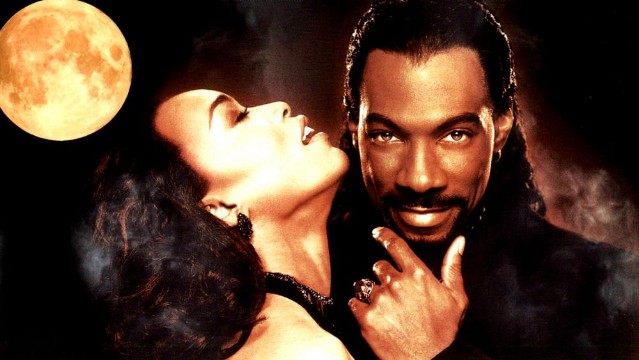 I’ve been called many things in my life and rightfully so by most accounts. I’ve been labeled incorrigible, wicked, mischievous, trouble/troublesome, wild, “touched” (in the head), “not right”, shameless, “crazy as hell”, “the HR Nightmare”, and so forth and so on.  My personal favorite is the description a teacher made in reference to me in the Teachers’ Lounge (so I was told): “The most predictable thing about Kenny Davis is that he’s unpredictable”.

Yeah, I’m many things, but one thing I am NOT, despite my impish ways, is The Devil.  Unfortunately, I’ve been called that on waaaay too many occasions.

That being said, I’m about to contradict myself by introducing a new theme to my blog series, which I’ll call, “Church Tales”.  And ain’t NONE o’ them honorable enough to give you the confidence that I’m bound for that casual escalator to Heaven on the Day of Atonement.  If anything, if I DO make it (and by the skin of my teeth), I’ll enter The Pearly Gates desperately rollerskating uphill.  On mud.  With 5 wheels missing.  Backwards.

Let’s begin, shall we?

At this point in my college career, I was in hot pursuit of a gorgeous, caramel-skinned, long-haired (my weakness at the time), Journalism major whose innocence made her an absolute “must have” (dang, that DOES make me sound like the devil already).  I saw her on her way to class in Tucker Hall at Florida A&M one day and immediately conjured the nerve to approach her.  After my introduction, I quickly found my opening to share a few laughs and walked her to her classroom. I patiently (interchangeable with “desperately”) waited for her outside of her class until it was over, much to her shock and (what she displayed to be) delight.  I missed my class as a result, but hey, sacrifices must be made…

…and I got that phone number. Let the games begin…

After days of playful phone time and hanging out in the cafeteria, I asked her out on a date, to which she agreed.  I had worked hard to keep my horns from protruding from my head (along with any other revealing “growth”) while in her presence and during conversations to ensure that my intentions remained a secret.  Her only condition for the date was that she pick the event.  No problem.  No matter what she chose, the POST-date was my endgame.  My plans for her involved smooth talkin’, slow undressin’, hidden body part kissin’ and of course, my “Baby, I’m so weak.  We can’t do this” plea, but only AFTER she had reached her “Kenny, don’t stop NOW” point.

And what did she choose as the location and activity for our date? Well, if you haven’t figured it out by the title and introduction…

…her invitation was to WEDNESDAY NIGHT CHURCH SERVICE!

Fast forward to Wednesday night: the two of us, standing and clapping in rhythm to a gospel song.  Service was held in a rented space located in a strip mall north of campus.  There were about 30 people in attendance. To be honest, I thought I was standing amidst the members of some two-tamborine, one-guitar cult from the Bible Belt (in fairness, they had a lead guitar, bass guitar AND a drummer, so I’ll give them that).  Anyway, that’s how it looked to someone who grew up in a full-sized church with carpet floors, stained glass windows, choir loft, pulpit and pews with plum-colored cushion seats. Definitely a different feel. And the pastor?  The pastor was the very same heavy set, deep breathing, still-had-an-early-80s-jheri-curl, man who served me at the soul food shop next door to the church on many occasions.  Thank God I never acted a fool in the deli or took a date.  Or had I?

My memory fails me.  Oh well.

But it gets worse (I know, the Christian in me should be saying, “It gets better”, but not during THOSE years).  For the record, I’m not that guy today, so don’t go gathering a small mob and a bunch of stones.  This was back then…

Towards the end of service, the pastor began “seeing” the congregants’ individual needs for prayer and healing.

Of course, someone rose and walked to the front of the church, as I’d expected. In fact, a random person came forth with each and every “vision” he received.  They each were blessed with the “laying on of hands” with his anointing oil as he pressed his large palm firmly against their foreheads while the other hand held them in place by the nape of their neck.  He prayed mightily before pushing each person into the waiting arms of this gargantuan bust-sized woman who caught them as they fell backwards, arms outstretched.

“Blessed by Breasts”, I thought to myself.

I was trying not to laugh because through it all, I was waiting on the traditional “man in the wheelchair” to receive his healing before struggling to his feet and eventually executing mind-boggling cartwheels back down the aisle.  I’m sorry, y’all.  I love the Lord and always have, but I had a different agenda that day, so my heart wasn’t right.

“I see someone… …who is drowning…” (the church answered “AMEN!”)

“Fighting for air but spiraling downward in a whirlpool of sin…” (AMEN!)

“Enslaved by lust in heart and desire of flesh…” (AMEN!)

“It’s KENNY, right?” he asked as he looked directly at me, supposedly feeling my name.

(He was right, but HUSH)

I froze in shock before looking over at my so-called date with my “woman, you set me up!” face..

She smiled, clapped and shouted “Amen” as the nearby worshipers helped me to the front.

I stood before him, associating his face with those delicious pork chops and gravy that he so skillfully cooked and served during the week.  Pavlov’s Dog syndrome made me salivate with the thought.  I guess to him, my facial expression was that of a lost soul, possessed by king demon Pazuzu, in need of exorcism.

The oiled palm reached my forehead.  In my imagination, I swear I could hear the “Kali Ma” tribute chant from “Indiana Jones And The Temple Of Doom” as I waited for Mola Ram to remove my beating heart from my heathen chest.

I respectfully closed my eyes as he prayed fervently for me.  I had no choice.  I had already been publicly shamed and felt like a pornhound, thanks to her.  I wasn’t going to insult the church as well.  As he continued to pray I wondered what he actually knew about me.  Had she told him what she perceived to be my intentions? Had he already deduced my “sin state” from some past activity in his deli?

Like I said before, my memory fails me.  Oh well.

It didn’t matter, the moment had arrived.

He completed his prayer and then gave my head a soft shove as I stood with one leg braced behind the other.  Surprisingly to him, I didn’t move.  He pushed again, only harder.  I stood firm and held stronger.  He exerted even greater force, but I wasn’t budging.  The unstoppable force was about to learn that there was an immovable object. The battle continued as I fortified my stance, strengthened by the devil on my shoulder, whispering the Wakandan war cry “Yibambe” (Zhosa for “hold strong”) in my ear.  And Yibambe I DID!  There was no other explanation for my reluctance to accept the Word of Christ and shed my original plan. Unless you consider that I was trying too hard to maintain my “coolness”.

Seeing that he wasn’t going to win (Lord forgive me for that), he told me to turn and rest in the “bosom of mother” as he weakly rotated me to face the big-boobed woman (NOW we’re talkin’!!!), welcoming me with open arms.  She pulled me in tight as beads of perspiration rolled down my face from our battle of wills as the church rejoiced, applauding and shouting in unbridled jubilation.  I held her for as long as I could, enjoying the comforts of her “pillowy” rest as I took in her sweet, aromatic combination of perspiration, perfume and baby powder.

Shortly after, I stumbled back to my metal folding chair as my “date” received me with a huge hug and grin. As she held me, my arms rested down my sides in defiant expression of both betrayal and disgust (cause this “heffa” sold me out). I don’t think she caught the gesture, but I made it in hopes that she did.

I finished service, resigning myself to the thought that I had a cold shower ahead of me, but it was cool.  I got what I deserved for my heathen ways.  I had plotted and schemed, as apparently had she.  In the end, she won the day and as we all know, “you win some and you lose some”.

During fellowship I shook hands and hugged various church members before walking my host back to her dorm room.  I made sure to get a 2nd, a 3rd, and eventually a 4th extended hug from Mother Mounds (as I had privately named her), who kissed me and told me she’d always be there for me if I needed her (and I don’t care what you say, I’m quite sure that smile she gave me was not the same as the one she gave others).

Before you accuse me of being Damien Thorn in “The Omen”, please remember that I didn’t burst into flames in there.  No monkeys went wild at the zoo, nor was I struck by lightning as I walked home in the rain (which strangely only began after I dropped her off).  I DID however get horribly splashed by the water from a passing speeding car, so I’m sure God found a subtle way to voice His disapproval in me. Thank you Lord. I know You could easily have sent a lightning bolt. I appreciate Your kindness.

Was I wrong? Yep.

Am I in need of Jesus? Absolutely.

Did I return to that church the following Wednesday night for more healing and FEELING from “Mother Mounds”?

What do you think?

Kenny Davis… …you are the DEVIL!

Like what you just read? Leave a comment!
If you want more, feel free to subscribe and definitely spread the word.
Let me know if there’s any particular subject you’d like me to cover in future posts!