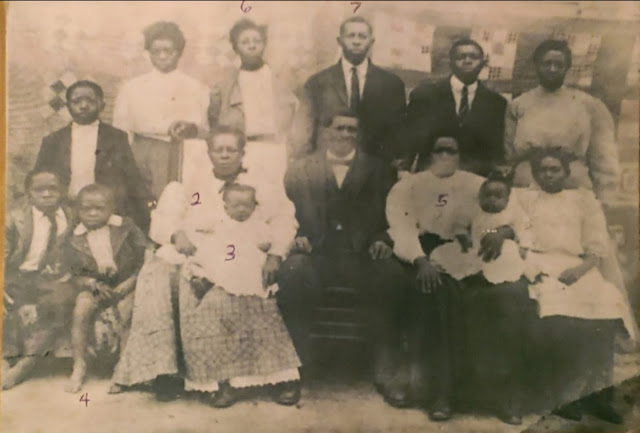 Nine years ago, if someone told me that my family curiosity would evolve and bring me to this point, I would have laughed.

In the beginning, I hadn’t expected much, just a few answers.  More than anything, it was a desire to learn about my father’s years as a child/teen and the man who raised him. This interest materialized because of my mother’s claim that I was always at odds with my father (not openly, I wouldn’t dare) because I was so much like him.

As I always say, “be careful what you wish for” (this time in a good way).

Mentions were made about my grandfather’s youth and his family, of which I knew little.  And just as Adam & Eve begat Cain, who begat Enoch, who begat Irad…                    …questions begat more questions.  Sure, there were names listed in the back of an old bible handed down to my father, but a “Davis Family Tree” did not exist.  Not as far as I knew or could find.  It was more just a flow chart of sorts, connecting the dots between my parents, their parents, etc.  So I began my own research…

During my quest, what I didn’t consider was that each ancestor had many brothers and sisters, and in increasingly large numbers.  It seemed the further back I went, the more kids those parents pumped out like a Pez dispenser.  Funny, I remember when my wife and I announced the coming of a fourth son, my uncle offered to buy us a television so we’d have “something else to do”.  He’d only had one daughter, so it was easy for him to say.  But if you ask me, if anyone would have benefited from TV, it would have been THEM; my people before me.  Lord knows they needed something to keep them occupied and fully clothed. Hell, my great-grandfather alone (well, technically speaking, his wife) had 8 sons and 6 daughters.  Do THAT math; continuous generations of siblings branching out (pun intended).  What you get is one whopping list of black folk!

I compiled all of this information on Ancestry.com, which made tracking that much easier.

Here is a picture of my paternal great-grandfather, Doc Davis, Sr. with his wife and 12 of their 14 children (Doc Jr. is the little one, seated 2nd from the left).  It was weird, looking at the family of my father’s father’s father.  Weirder, seeing my grandfather, whom I’ve never met, younger than my memory of my own kids. The only person in the picture that I HAVE met is my Aunt Alma, top row, 2nd from the left. And this was as a little boy, but I remember her very well.

Things got downright creepy when I took an even closer look at two particular people in the photo.  I shared and shocked my mother and siblings, who immediately agreed that my great uncles bore an uncanny resemblance to my two brothers, Terrence and Craig.

But I also hear that my father, me and my son look alike as well.

Then along comes AncestryDNA, the service that will identify your geographic beginnings.  I sent off for a DNA test to find my country(ies) of origin in Africa.  Not only did I learn I was primarily a descendant of the Cameroonian and Congolese people (more details in my previous post), but my test results linked me to well over 1,500 (3rd, 4th and 5th) cousins and others whom I have yet to confirm; each with matching names and dotted-line connections to currently known relatives and places of birth/residence.  I have little reason to doubt these findings because as I said before, folks got busy back in the day, so we’ve hadrabbits hoppin’ and humpin’ all over the Midwest and South, among other areas.

You know what? On second thought, forget giving everybody TVs.  “Netflix and Chill” has only made things worse (or better, for those claiming kids on their taxes and sitting back, collecting gifts on Mother/Father’s Day.  Just depends on how you look at it.).

The big news? Thanks to this service (and a family historian whom I didn’t even know existed) I’ve recently connected with other distant cousins who have helped me trace my lineage all the way back to the 1700s and slavery.  I’ve even found documents identifying one plantation owner, his father and his father.  Yes, I actually found a slave owner.  I also found his record of ownership.  I should find his descendants and introduce myself, then whoop their-

I’m kidding.  You guys know I don’t mean that and would never hold someone’s children accountable for the sins of their fathers and their fathers.  Woosahhhhhh.

Back to our regularly scheduled program.

Several family members and friends have excitedly told me that I should keep going to see if I can trace all the way back to Africa. That would be nice, but sadly, the buck stops here.  People have reminded me that “Roots” author Alex Haley did it, but they fail to consider certain important facts:

Haley’s accomplishment is not possible for the great majority of African American families today because slaves were stripped of their name, immediately upon arrival and sale in the United States. There was no effort or desire to record or even acknowledge their real identities.  In fact, from the moment of capture in Africa, they were simply grouped by their “branding” from the vessel in which they were shipped.  No one cared enough to document former names because they would no longer be acknowledged as such.  Hence, the chances of learning y ancestors “African” names is highly unlikely. That truly depresses me because I want to know now, more than ever!

But that doesn’t mean I’m giving up.  Now that AncestryDNA has given me information about other relatives, I will continue to learn what I can.  I mean, who knows? If I can find records of sale, maybe a particular family line DOES exist where names were handed down.  And maybe, just maybe, I’ll make it to Cameroon, Congo and Ghana (11% of me originates from there).  Who knows what I’ll find?

So, I’ll keep reaching out and gathering what I can so I can share it with my four sons for their knowledge and information for years to come.  Yeah, the same four boys who have as little interest now, as I did when I was young.  And like me, they’ll come around someday.

In the meantime, I’ll embrace my family, every single day.

…and we’ll see just how many more leaves we can add to this tree as the years go by.

Like what you just read? Leave a comment!
If you want more, feel free to subscribe and definitely spread the word.
Let me know if there’s any particular subject that you’d like me to cover in future posts!