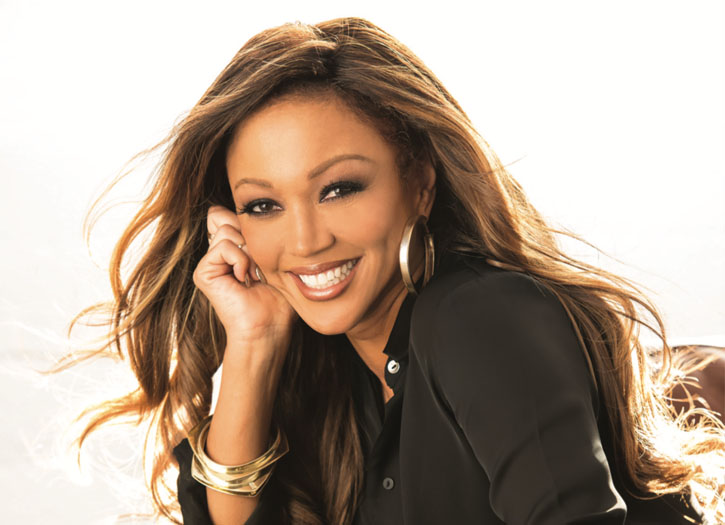 I’m sitting here wondering what I should say on social media to add my love to the thousands of birthday greetings already posted &/or sent to her. Yeah, it’s her birthday! My favorite singer of all time has turned 55. Under other circumstances, I’d be nervous about sharing that, but as we all know, nothing is sacred OR secret on “da innanet”. But I’m sure we can all agree that she has absolutely nothing to be ashamed of, as this milestone is symbol of pride, resilience, perseverance, wisdom and excellence. And on the entertainment echelon, it’s a living example of “staying power”.

For the record, I’ve only met her once, but it was enough to last a lifetime. And thanks to social media, I’ve been getting my fix of the celestial siren for a good 30 years now.

I was a 70s child, raised on Minnie Riperton (famous for singing “Lovin’ You” with that whistle register “Ahh-ah-ahhh-ah-ahh-ahhhhh” among other hits). To me, she had the most angelic voice on the planet. I was in love with her and her sound and was emotionally devastated when we lost her in 1979. After that, I resigned myself to the sad fact that we would never know such a delightful sound again.

Fast forward to the early 90s.

I first heard that voice in 1992. This then-25-year-old, yet-to-be-heard songstress immediately caught my attention singing backup on the mid-tempo groove radio release, “You Know What I Like” by El DeBarge. I was floored the moment she kicked in around the 1:00 mark with that, “Ooh, baby…”. And then I saw the video… …and she appeared.

From that moment on, she was all people were talking about. Particularly the guys: “That fine a** girl in the El DeBarge video” (I’m just saying).

Little did we know that she would appear again on the same CD “In The Storm” in the unreleased, but mind-blowing sultry love song, “Love Me Tonight”. We ain’t gonna talk about that one… *exhales slowly*

Mind you, she had already recorded the duet, “Candlelight &You” with Keith Washington in the House Party 2 soundtrack, but I had yet to hear it.

Jump ahead to late 1992, the release of her debut CD, “Precious”, with the song, “Love’s Taken Over” leading the way.

I immediately recognized that face and more notably, that VOICE.

The entire album (can we still call them that?) had me locked. During a time when the music industry was slowly giving way to gangster rap and the rapidly dominating multi-girl group scene, Chanté Torrane Moore descended, landing on one knee and hand like a Marvel superhero, cracking the concrete beneath her in all directions.

And nothing hit me harder than what would instantly be my favorite ballad of hers for several years, “It’s Alright” (surpassed only by what I consider to be its sequel, “Love’s Still Alright” from her 2000 project, “Exposed”).

I thought to myself, I’d love to catch her solo act in a nightclub setting someday, mesmerizing the intimate scene with her elegance. This woman could sing forever, like the late, great Nancy Wilson.

Chanté The Chanteuse – I like the sound of that.

What I found both unique and fascinating about her was that she could project as loud in volume and high in pitch as she so desired, but her sound was never distorted. In fact, that was the pitch I used when selling her CD at the music store I worked at during the time. I went so far as to tell customers that if they didn’t LOVE the CD, I would give them a full refund and they could keep the purchase. Not one person came back, unless you count the many times they returned to asked if I had anything else by her.

Yes, Chanté, I’m more than proud to boast that I’m the one who caused that surge in sales in southeast Georgia, a year after your CD had been released. And I’d do it again, given the chance…

It didn’t take long for all of my family and friends to know that my pain over the loss of Minnie Riperton had been quieted by my love for what I now declared was the greatest voice ever (much to the irritation of my singing female friends who had no qualms about expressing their jealousy over my obsession with CM. But that didn’t matter, I was married anyway – lol).

And that was the way for years, with each album release. I was first in line, purchasing both the CD AND the cassette (the cassettes are still in plastic to this day). Whenever she appeared on television, my phone would ring off of the hook with people telling me to turn to channel so-and-so, which I was already watching.

But the moments I will never forget all happened on the same night at the Black & White Diamond Concert, held at the Aladdin Shrine Temple in Columbus, OH in 2003, where I not only saw her in concert, but met her backstage AND took a picture with her (you all know that embarrassing tale).

It was a dream come true, meeting my musical idol, something few people get to experience.

Since then, I had enjoyed multiple exchanges with her and Dawn Robinson on Twitter, just before they were both selected to appear on “R&B Divas”. Once I heard the news, I knew that she was going to pick up a slew of new fans from the social media universe and things would never be the same. But I was alright with that. I got my wish. I got my time with her.

But it didn’t end there.

Back in 2019, I shared my story about meeting her (on this blog), which was met with hilarity amongst my readers and casual tag searchers of our favorite girl.

And after tagging her on Instagram, the unexpected happened…

Chanté contacted me, asking where she could read it.

I nervously sent her the link and was surprised a second time when she contacted me to tell me how much she enjoyed it!

A short while later, she contacted me yet again, asking me if I was willing to write the recap for her weekly FB/IG special, The Moore Chanté Show (Ice Cream Sundays)!

And of course you know I kept my cool…

The rest, as they say, was history. Week in, week out, she graced our phones, tablets, laptops, televisions and computer monitors with inspirational messages, personal stories, helpful advice, encouraging thoughts, beautiful songs and copious amounts of love, concluding with her heartwarming show-ending “airhugs”.

And it was my greatest honor to bring you the highlights of each episode, week after week.

There is so much more that I can share that happened along the way, but I think you get the gist, especially since I’m trying to finish this while it’s still actually her birthday.

She is more than just a lovely voice, a shapely figure or a beautiful face.

She is a gentle spirit who touches the souls of everyone she encounters, reminding us that no matter how hard life seems, things will always get better if we just pray, believe, fight and persevere.

Yes, I’m so thankful to have lived in her time; watching her maintain her dignity and charm in a world that’s seemingly forgotten the meaning of real music, all the while always being true to the game, as well as oneself.

Chanté Moore is 55 years old today and I thank God for her.
For the 30 years I’ve listened to her.
For the day I met her.
For the months she looked to me to represent her in print…

...for the day she came on her show and called me her “friend”.

(Y’all better not tell anybody that I cried, either. I’ll deny it.)

We love you and celebrate you. May this birthday be twice as good as last year’s, but not half as enjoyable as the next!

By the way, would you believe she took time out of HER birthday today to congratulate me on my 300th blog post? Yet another testament to her character and greatness.

Links to check out from ZootsBlogSpot:

Liked what you read? Leave a comment below. And be sure to sign up at the bottom to receive email notifications of future posts from Kenny’s Camera, Cooking & Crazy Confessions at ZootsBlogSpot!